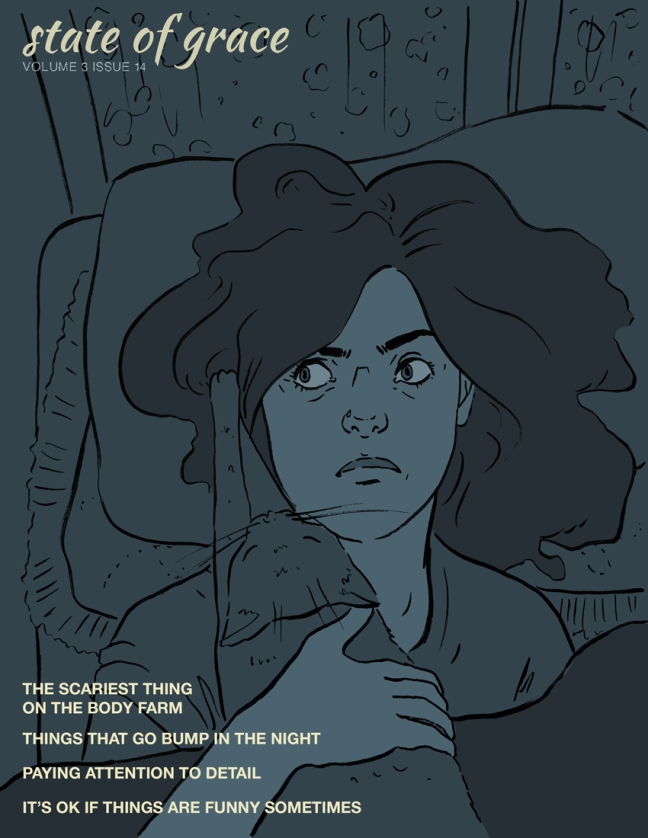 The Scariest Thing About The Body Farm

The downside to writing while jet lagged with an overstuffed brain right after class was that I missed a lot of what I meant to write about- and I hadn’t had time to get asked the same question by nearly all of my friends. I’m afraid that question had a less exciting answer than they were hoping for- and it isn’t without a little embarrassment on my part. What was the scariest thing I saw on the body farm? It happened on the very first day of class. There was a spider the size of a grapefruit in the bathroom, and I shrieked like a little girl. And everyone heard it. That’s all. Ok, so it was the size of a grape, but seriously, any fruit sized spider is just too big. I assure you, I will scream again, when the time comes. 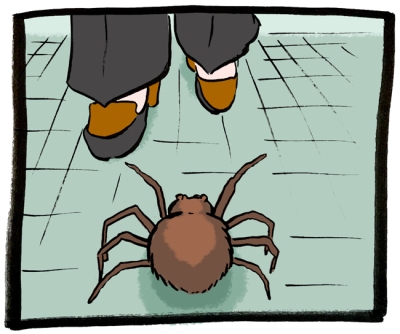 There had been some concern for me, being the least experienced person in the room when it comes to death and the horrible things people can do to one another. Screaming about spiders in the bathroom did not bolster my case. Over the course of my studies in Forensic Art, my friends have also questioned (in a loving way), whether or not I was cut out for this, knowing about my inability to deal with suspenseful movies or haunted hay rides. The thing is, there’s a big difference between reality and fiction, movies that are meant to make you jump don’t have the same effect as seeing the aftermath of true horror in someone’s life. The difference for me is the necessity and capacity for empathy when observing ‘the real thing’. The victim of a homicide isn’t scary, they’re simply a person who may have met an especially gruesome end. I found when sitting with morgue or crime scene photos, I wasn’t repelled by the gore, I was drawn closer with a desire to understand and do the best I could to theoretically help them. I say theoretically because as this was a classroom setting, these people have fortunately already had their cases solved by people much more experienced than me.

Things That Go Bump In The Night

This isn’t to say I was never unnerved by this profession’s proximity to death and the myriad ways it displays itself- but I got past that stage much faster than I thought I would. To explain that process, I have to share a story that so far has only made it to my closest friends. I retold it recently on returning from Texas when a friend asked me if I had been having nightmares about anything I saw in class, or if there were images I couldn’t get out of my head. I was surprised to realize, that while I have a generally vivid sense of recall, none of it had been particularly upsetting. Last summer however, was a different story. So, without further ado- let me introduce you to the body who got me past my fears; he had been found in the Arizona desert, and I had never seen anything like him before.

I wrote about my first facial reconstruction a few posts back, and I was seriously frustrated that I had gotten the nose so wrong. Naturally, that was one of the problems I was most eager to solve during the facial reconstruction portion of the class. Turns out the solution was fairly simple, and now shame on me if I ever forget. I had been measuring the projection of the nose from the wrong spot. 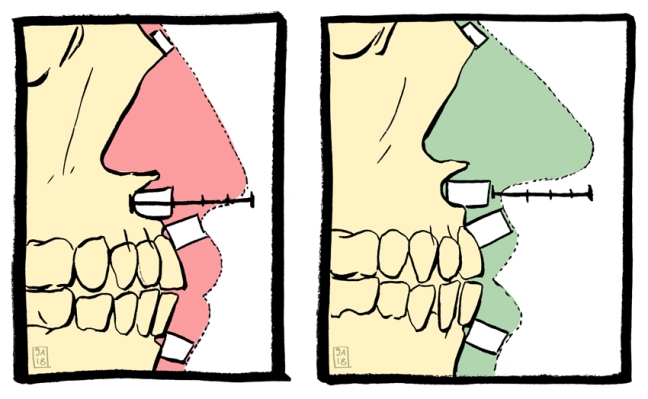 Such a seemingly small detail can throw off an entire likeness, so the importance of accuracy and hands on training was driven home for me once again. Sometimes I feel like the majority of my artistic career has been an exercise in learning to be more patient with my work and to pay closer attention to the details- and when I say details, I don’t mean each and every eyelash on a portrait, or rendering every pore. Something Karen mentioned a lot in class was the difference between ‘gestalt and minutia’- anyone can get lost in minutia, but seeing how the whole works together is a different skill, and one that I think I have struggled with from time to time. It’s important to back up and see the bigger picture, rather than honing in on little pieces so closely that you don’t see that they aren’t fitting together.

I realize that most of my writing about my experience can be read as self serious finger wagging, I’ve even been accused (by my own mother) of having no sense of humor at times. Well, I’m just that way sometimes. I can get very serious about the things I find important. However, I also have a propensity for finding humor in some bleak things- something I am finding is common enough in this field. It’s not that death or the work we do is funny… but stories about how forensic anthropologists find the right crock pot to de-flesh a specimen, well, they’re kind of funny. Some of the things vultures do… kind of funny. Awful. But funny. It’s totally normal to cope with uncomfortable subjects with humor, the key is knowing where the line is. Joking about victims of violent crime is never OK, but being able to laugh at the oddities of nature and scientific study.. I think that can be alright.

Also, as a follow up from the last post, the Canadians from class are still failing pretty hard at proving they aren’t nice- yesterday they mounted a marketing campaign to fill a very talented teacher and fellow student’s next course, of their own volition. Those jerks.

This site uses Akismet to reduce spam. Learn how your comment data is processed.